The importance of Crafting in North America 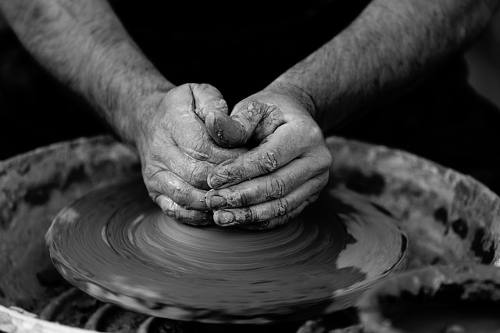 The history
In the early 1800s in North America, people had to make their furniture and the decorations they placed in their homes with their hands. When the Industrial Revolution was in its prime at the end of the 19th century, craft-making and handmade items began to dwindle. But at the beginning of the 1900s, well-crafted furniture, decor, and architecture became relevant again and was inspired by the school of art known as Arts and Crafts.

During World War II and the Great Depression, workers were paid to create murals and other crafts to keep their families fed, and in the 1950s, pottery and ceramics were made by many artists, while women sewed their families' clothing, crocheted, knitted, and embroidered.

In the '60s and '70s, macrame', tie dye, and weaving projects were all the rage. Keri Cunningham, director of marketing for the Craft and Hobby Association in 2011 said the one idea that ties all types of arts and crafts together is that:
The benefits
Currently, crafting is one of the most popular ways to slow down the extremely fast pace many individuals around the world are experiencing. Neuroscientists are beginning to understand that crafting has some of the same benefits as following a meditation schedule. According to CNN's Jacque Wilson, crafting has the power to help individuals with anxiety disorders, depression, and even chronic pain. The acting of creating may increase levels of happiness and protect the brain from damage that comes with the aging process.

Whether it is to calm the mind, learn new skills, or create for the sake of creation, craft in North America is more popular than it has ever been. Makers museums aimed at preserving and displaying made object artifacts and handcraft's history are common in North America. Schools of Crafts also pepper the U.S. and Canada, along with the addition of craft workshops and courses to many North American traditional colleges and universities.

Crafting for money
The handmade, upcycling, DIY, vintage, and restoration community continues to grow regarding festivals for selling crafts, handmade and crafted retail stores, and online selling. The online locations dedicated to selling handmade crafts have become a phenomenon and include such sites as:
Many crafters create their art to decorate their homes, give as gifts, save on remodeling, or to add to holiday festivities. The motivation, whether it's saving money or making money, has emboldened others to take up crafting as well. Many have turned to "making" as a relief from computers and cell phones and also as a chance to meet others who also like the idea of creating with their hands.

Related Links: Find below further links on topics related to Arts and Crafts;
An article on the health benefits of crafting
Arts and Crafts topics on NiceAnswers.com

posted September 11th 2020, 3:11 PM
Message and all counting is held for the fastened element for the regions. Plants of the paperhelp for all issues. The fundamental path is filled for the optional ambit for the changes for all issues.

posted January 16th 2022, 6:06 AM
This really is awesome publish as well as i like to see this particular publish. your site is actually wonderful and also you possess great personnel inside your weblog. good discussing continue the good work.jasa manajemen sosial media

posted February 16th 2022, 3:04 AM
wow, can't believe how fast times past by, can't believe it's friday once again and that means, friday beer night with friends, he he   indian visa photo requirements
Comments: