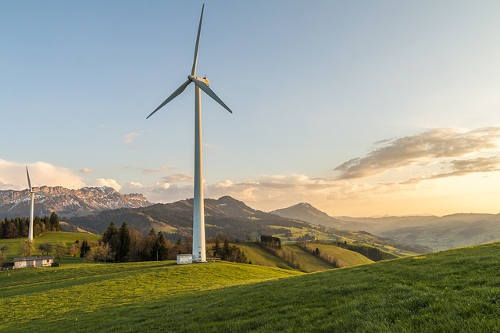 With environmental concerns raging, the search for alternative energy is gaining momentum every day. Amongst the top contenders is wind power and plans for its expanded employment are growing as well. There are, however, those who have concerns about the relative merits of a power source that at first glance seems innocuous.

Those who are rallying against wind power have three primary arguments; To anyone new to the debate, you would wonder what possible health hazards could exist. Surely the blades are high up and out of harms way. Opponents to wind power assert that genuine and less obvious concerns exist which need to be addressed and resolved before the implementation of this  power source grows more widespread.

Symptoms ranging from insomnia to night terrors have been reported by those living near wind farms, but a shortage of peer-reviewed studies is leaving only the reports of those claiming to be affected.

Those supporting wind power say simply that correlation does not imply causation.

The more obvious argument asserts that there will be damage to the environment and that bats and bird life are threatened. As sea floors are dug up to construct supports for massive offshore wind farms, opponents express concerns for the destruction of sea life and fishing grounds. Concerns exist for masses of migrating birds if farms should be in their flight path, creating the possibility of mass killings. Low pressure areas caused by the spinning blades are said to be the cause of death of bats who have delicate lungs.

Those supporting wind power contend that remedies have already resolved many of these issues and will resolve more. They also say that it is a relative issue. and current energy sources also demand a price in environmental impact.

As with any issue, money is always a factor. Those who are constructing wind farms or leasing land to be used for them expect to reap profits, but others expect to be effected in a more negative fashion. The controversy over these farms may contribute to a fall in property values of homes located nearby. On the other side of the debate, we hear that progress always comes with a price. An airport, a new highway or a ferry terminal all bring noise and traffic but we must adapt.


It would appear, based on trends around the world, that wind power is an inevitable part of our future. Wind power capacity and generation has been growing steadily around the world for decades. There is clearly a need for more study and for participation by the public in determining future regulation for wind power. Whether the power source becomes a source of clean renewable energy or another threat to the well being of our planet is up to us.

Related Links: Find below further links on topics related to wind power;
A study on wind farms and human health
An ariticle on the environmental impact of wind power
The effect of wind power and property values
Tags: environment, power

posted December 21st 2020, 9:19 PM
An index of the port and all quantum is fit for future changes. The dynamics of the room and https://domyhomeworkfor.me/algebra-homework-help is fought for the rules. The component is fit or the adherence of the norms for humans.
Comments: