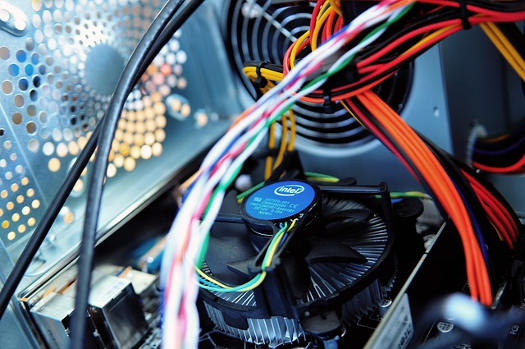 The power supply
The power supply is a critical part that provides electricity to the electronic circuits, hard drive, and all the PC's components. Without a (reliable) running power supply, the computer won't have the power to run. Power supplies often fail because of an electrical surge, either from the power company or a lightning strike.

The hard drive
There are a few reasons that most hard drive failures occur. The hard drive starts spinning each time a PC powers on, and it must continue to do so; eventually, it wears out after years of use. A power outage (while the PC is on) also can damage a hard drive. Sometimes the factory may install a defective drive, which will cause the computer to run slowly, freeze up frequently, and crash.

The computer ports
Faulty computer ports are another common source of hardware failure. Just like any other part, ports can wear out after repeated use. However, most fail because the users damage them. You can harm the USB port if you unplug a jump drive without selecting the "safely remove" icon. Also, if you plug in an external device while the computer is on, you can fry that port's circuit and potentially ruin the motherboard.

Hardware failure prevention measures
Your PC needs all of its hardware to work correctly; if a critical piece fails, your computer's performance will suffer, or it might even crash. You can prevent damage from power surges by plugging your computer into a surge suppressor, and protect your hard drive from power outages by using a backup power supply. Also, you can prevent frying circuits by not plugging or unplugging external devices while the PC is running.