Amazing places you must see in Crete 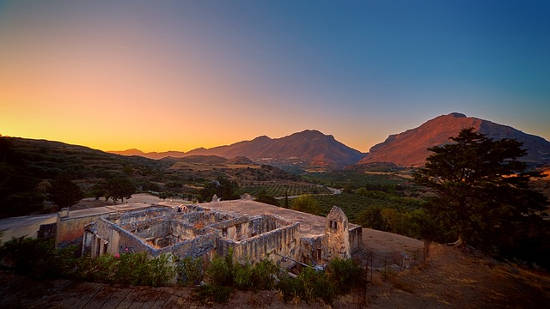 Crete is the biggest of all the Greek islands and the fifth largest island in the Mediterranean sea. 4000 years ago, it was home to the Minoan Civilization, one of the earliest recorded civilizations in human history. From laying on white beaches to going hiking in the mountains, or exploring the remains of ancient civilizations, Crete is full of attractions for any tourist. Here are the main things that you should not miss if you are planning visit Crete.

Palace of Knossos
Knossos is a large bronze age archaeological site 5 kilometres south of Heraklion. It is, without a doubt, the most important historical site in Crete, as most scholars consider it to have been the cultural and political center of the Minoan civilization. The palace was built between 1700 and 1300 BC and consists of four entrances, 1300 rooms connected by corridors, a theater, and vast storerooms.

Samaria Gorge
Crete is a mountainous island, with high peaks measuring up to 2000m, and numerous gorges. The Samaria gorge is possible the most famous of them, being considered the longest canyon in Europe. The hike from one end of the gorge to another can take up to 7 hours, and offers breathtaking mountain views. Samaria is one hour away from Chania by bus or car.

Elafonisi beach
Crete is famous for its beautiful beaches, and surely one of the most amazing of them is Elafonisi, a white and pink beach located in the southwest of the island. The Elafonisi area also includes a tiny island and a shallow lagoon which separates the island from the beach. Other attractions worth visiting in this area are the Chrysoskalitissa monastery and Agia Irini lighthouse.

Balos Lagoon
The Balos Lagoon is situated about 50 km northwest from Chania, is one of the most photographed places in Crete. The white sand and turquoise blue waters, as well as its diverse and exotic wildlife, make Balos a place absolutely worth visiting.

Diktean Cave
The Diktean Cave, also known as Psychro cave, is located in the eastern part of Crete, in the Lasithi district. It covers over 2000 square meters and it consists on one large chamber, 70m deep, surrounded by several small chambers. According to Greek Mythology, the goddess Rhea hid her son Zeus in this cave soon after his birth, to protect him from being eaten by his father Chronos.

The Palm forest of Vai
The Palm forest of Vai is the largest palm forest in Europe, with a surface area of 250 000 square meters. The trees which form it are a species of date palm endemic to Crete, called Pheonix theopraxi. The Vai forest is rich in wildlife, being a place where migratory birds stop in their travel from Europe to Africa. The Vai area also has a stunning beach with white and golden sand.


Crete, the largest island in Greece, is one of the most popular tourist destinations in the world, and for good reason. Its white beaches and turquoise waters, it's breathtaking mountainsides and its rich remnants of ancient civilizations make it a perfect holiday destination for anyone.